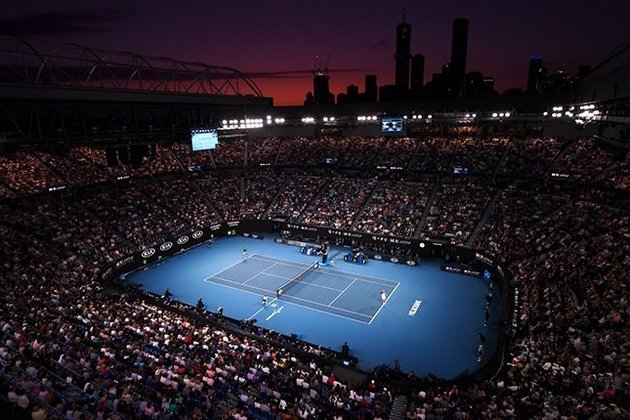 Two more Australian Open players have tested positive for the coronavirus, authorities revealed on Wednesday, taking to the number of cases linked to the tennis tournament to 10.

It is the latest blow to preparations for the year's first Grand Slam in Melbourne - which has already be delayed by three weeks due to the pandemic.

A string of infections detected by Australian authorities have forced 72 players to be confined to their hotel rooms for two weeks.

One of the players, she told reporters, "has absolutely been in hard lockdown because he came in on one of the flights where we had positives".

More than 1 000 players and staff arrived in largely coronavirus-free Australia on 17 charter planes last week, with the first cases detected on those flights.

Several previously announced positive cases have been reclassified as non-infectious, meaning the confirmed number of cases in the tournament cluster is now 10.

But the entire contingent is spending 14 days in hotel quarantine, with players not considered close contacts of positive cases allowed outside to train for up to five hours a day in a biosecurity bubble.

The conditions have prompted complaints from several tennis stars, including world No 13 Roberto Bautista Agut who told a TV station that quarantine was like prison "with Wi-Fi".

He later issued an apology "to everyone who has been offended" by the remarks, saying it was a "private conversation taken out of context".

"I want to thank all the people who are making playing tennis again possible. As well as all those who fight against Covid-19 everyday. The management that has been made in Australia to prevent the spread of the virus is admirable," he tweeted.

Kazakh player Yulia Putintseva - who earlier in the week said she would have reconsidered travelling Down Under if she had known ahead of time about the hard lockdown - tweeted videos appearing to show mice crawling on the floor of her hotel room.

Even after apparently changing rooms, Putintseva tweeted videos of more mice, saying it was the "same story".

"Wanted to go to sleep but noooope!" she wrote. "It's actually a lot of them! Not even 1 in my room now."

Australian media have portrayed the grumbles as spoilt and selfish while residents in host city Melbourne, which emerged from a four-month lockdown in October, have bristled at player demands for special treatment.

However, tournament organisers insist most players accepted their isolation without complaint.

Striving to remain match-fit for lead-up tournaments beginning on 31 January, many have turned their hotel rooms into makeshift gyms and resorted to hitting tennis balls off hotel walls.

The Australian Open is scheduled to start on 8 February.