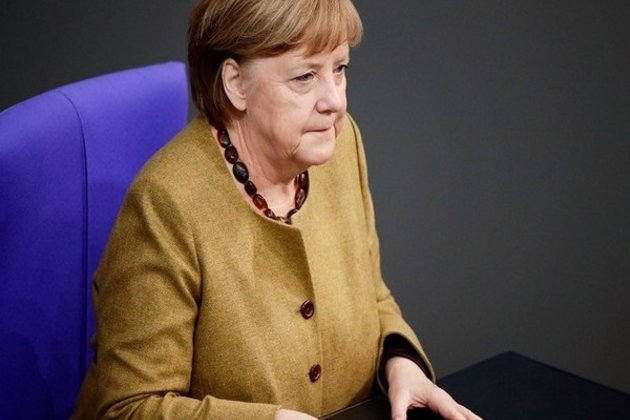 Berlin [Germany], November 25 (ANI): Olaf Scholz is set to end the era of the Chancellor of Germany, Angela Merkel.

The newly formed coalition of three German political parties, the Social Democrats, the Greens, and the Free Democrats, led by Olaf Scholz is about to form the next German government, reported DW news.

The left-leaning Olaf Scholz, about to hold the designation of Germany's next chancellor, has ruled out the 16-year long term of Merkel-led German government, reported DW News.

On Wednesday, the said three German parties showcased their plans titled 'Risk more progress' with the agenda to take over Merkel-led government. The coalition about to form the German government tagged their cooperation deal as an 'alliance for freedom, justice, and sustainability.

The cooperation deal appears to be majorly between the two parties, the Greens and neoliberal Free Democrats (FDP). The environmentalists aim to end coal commerce by the end of 2030, which is eight years prior to the set target by Merkel's government, reported DW News. While FDP has eyes set for the Finance Ministry.

Green co-leader Robert Habeck, who will manage the Economy and Energy Ministry along with climate, gave a commitment on Wednesday that the deal would put Germany "on the path to 1.5 degrees," further reported DW News. The to be formed government is also aiming to secure 80 per cent of Germany's power from renewable sources.

However, environmentalists shed some criticism over the absence of concrete measures for reducing CO2 emissions in the short term and for phasing out gas or diesel-fueled vehicles, reported DW News.

Germany's debt brake, a 'mechanism meant to stop the country from taking on new debt' was put to a halt in order to compensate financial losses incurred in the wake of the COVID-19 pandemic. While FDP plans on restoring the Debt brake in 2023. Pertinently, the coalition did not pledge anything about tax reduction.

Other progressive measures promised by the new government includes legalization of sale from licensed stores-sales of cannabis for recreational use, legalized voting from the age of 16, and the notorious Nazi-era Paragraph 219a that bans advertising on abortion care to be scrapped reported DW News. Additionally, a new citizen law to be established focusing on immigrants in the country. As per the citizen law, the immigrants would be permitted to have dual or multiple citizenship. They would eligible to gain citizenship after three years in the country and they will be allowed to keep their prior nationalities upon naturalization. (ANI)