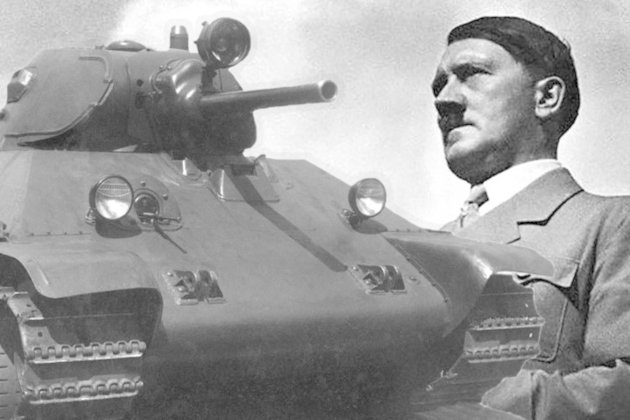 Once, long before the end of the war, Soviet troops found themselves just a few kilometers from the Fuehrer. Although they themselves were unaware of it.

On February 20, 1943, Soviet tanks suddenly appeared on the outskirts of the city of Zaporozhye in southeast Ukraine, deep behind enemy lines. The unexpected breakthrough of the Red Army caused quite a fright among the Wehrmacht command, as, just at that time, Adolf Hitler himself was visiting the poorly defended city.

At the end of January 1943, Soviet troops launched the 'Voroshilovgrad Operation', also known as 'Operation Gallop', to liberate Donbass from the Germans. Moscow counted on a quick victory, having underestimated, as it soon became clear, the enemy's strength and capabilities. 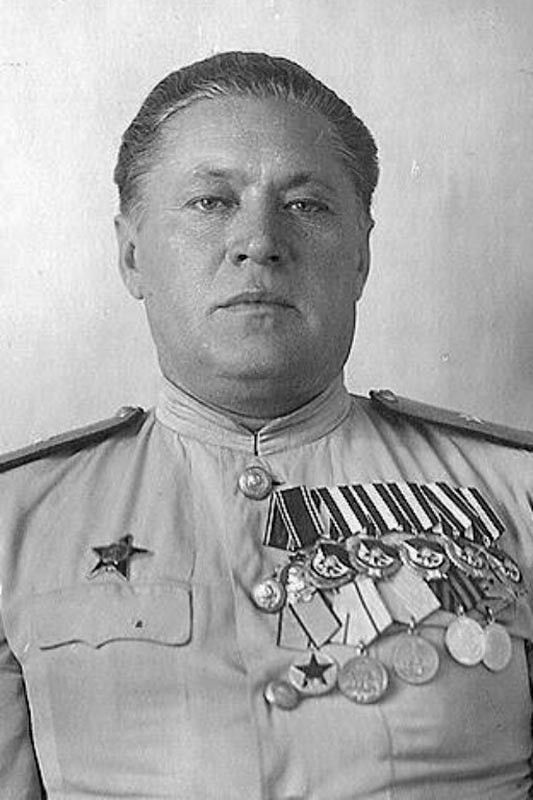 The biggest advance during that operation was made by General Pyotr Pavlov's 25th Tank Corps, which included three tank and one motor-rifle brigades, as well as an anti-aircraft artillery regiment. In a swift march, it covered over 300 kilometers in less than 10 days, passing through the territory of three Ukrainian regions and liberating several dozen settlements along the way.

However, such a rapid advance had a downside too: the tank corps moved too far from its supply bases. On February 17, Pavlov, who at the time was near the town of Lozovaya, reported to the command of the 6th Army: "Our fuel tanks are half-full. I cannot move because of lack of fuel." Nevertheless, soon the corps continued to move towards the Dnieper River, but with reduced forces. 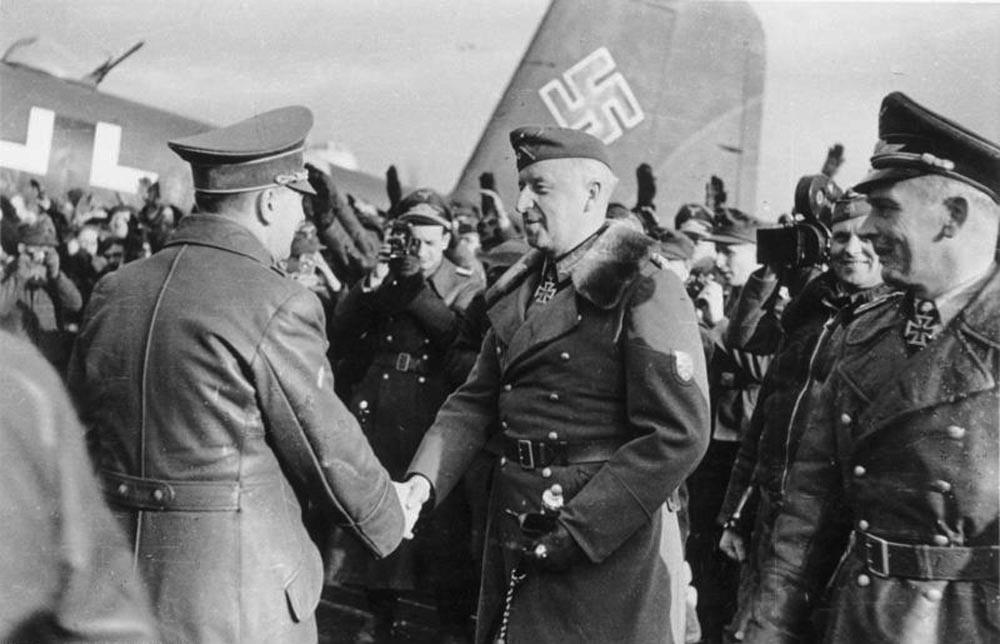 Hitler and Manstein in Zaporozhye.

On the same day, Adolf Hitler left his 'Werwolf' headquarters, located near the city of Vinnytsia in central Ukraine, and flew to Zaporozhye to the headquarters of Army Group South commander Field Marshal Erich von Manstein to discuss the strategic situation with him.

"On day three of our stay there, when I came down for breakfast, we learnt that the Russians had broken through the frontline near Dnipropetrovsk. The main road along which they were advancing led just in the direction of Zaporozhye and passed by the airfield where our plane was stationed," Hitler's pilot Hans Baur recalled. "All the forces present at the airfield were gathered to defend it, but the defense did not look particularly strong, as we had neither artillery nor anti-tank rifles." 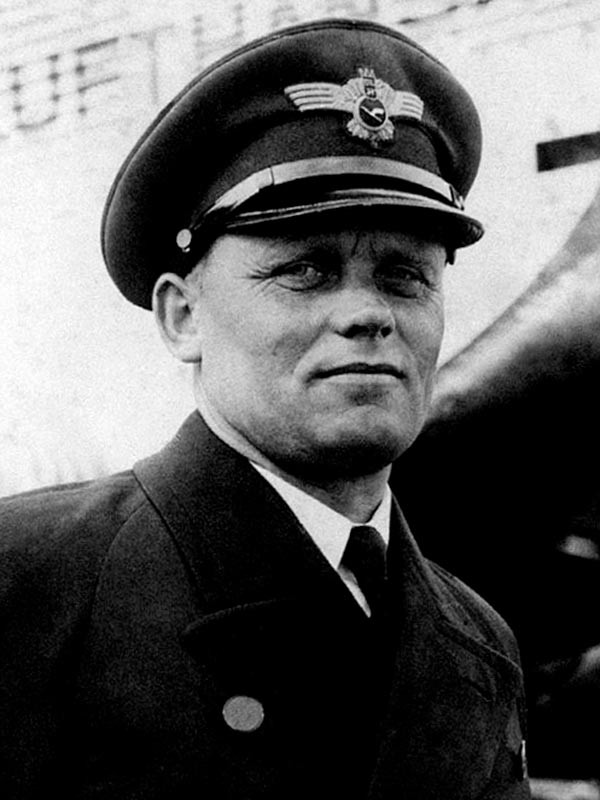 On February 20, several dozen Soviet tanks from the 25th Corps appeared in the vicinity of Zaporozhye. "Russian tank crews were five kilometers from the airfield when a German armored train with surface-to-air systems blocked their way. Simultaneously, cover aircraft were scrambled from the airfield," General Reiner Stahel, who was captured by the Soviet Union in 1944, said during interrogation.

Soon, Hitler arrived at the airfield, where everything was ready for his urgent evacuation. "Our three Condors, with their engines already warmed up, soared into the air and, at the same time, we saw two huge six-engine planes with anti-tank weapons preparing for landing," Baur wrote. "There was not a single unit between us and our enemy! I was, therefore, very relieved when, in the evening of that day, Hitler flew to his headquarters," Manstein wrote in his book of memoirs Lost Victories. 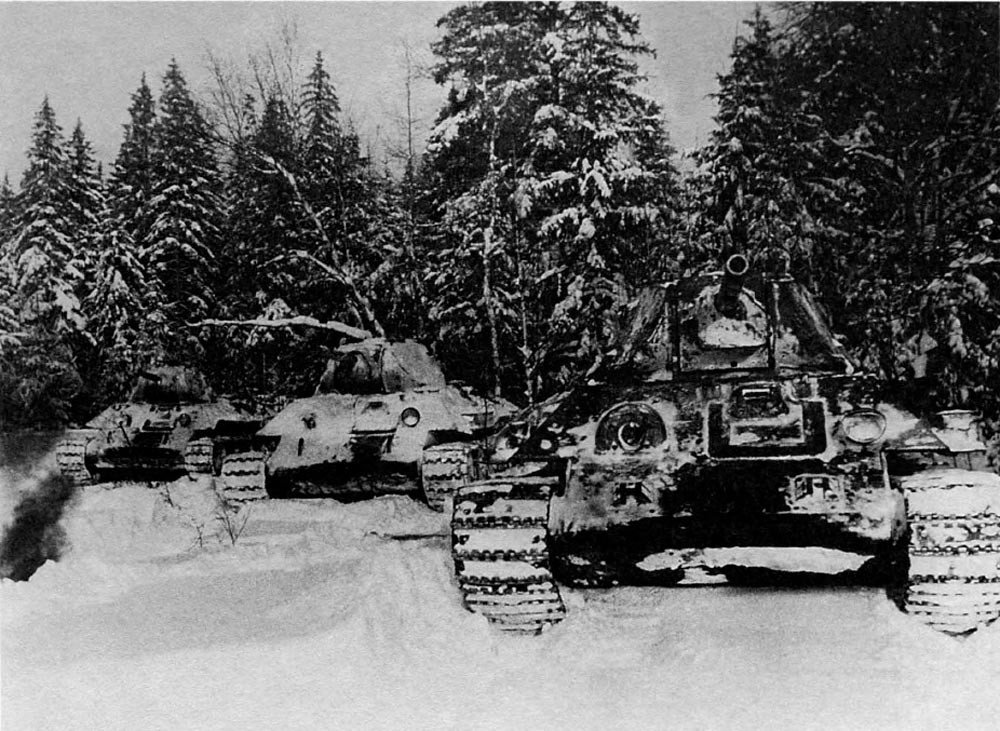 Much to the surprise of the Germans, the Soviet tank crews never made any attempt to break through to the airfield. As it soon became clear, they had simply run out of fuel. According to Baur, they could have seized it at the airfield, but seeing hundreds of aircraft, they must have decided that they would meet fierce resistance there. "The crews got out of the tanks and left them standing there. Would they have behaved the same way had they known that Hitler was at the airfield at that time?!" the Fuhrer's pilot wondered.

General Stahel, who met Hitler the next day at the 'Werwolf' headquarters, noted that the Fuhrer was "scared to death", because he had almost fallen into the hands of Soviet tank crews as a trophy. He ordered Manstein to immediately destroy the enemy units. 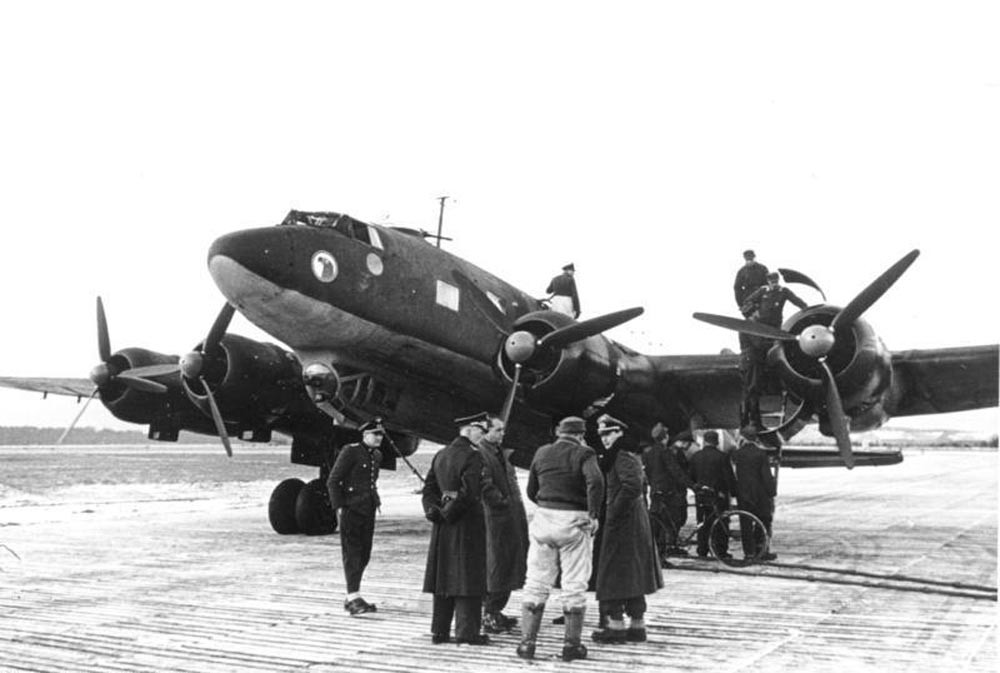 Large forces were pulled into the area of the breakthrough, including elite SS Panzer divisions: the 1st SS Panzer Division Leibstandarte SS Adolf Hitler and the 3rd SS Panzer Division 'Totenkopf' (also known as the 'Death's Head Division'), as well as the Panzergrenadier Division Großdeutschland, reinforced with Tiger tanks. Already on February 21, Pavlov's corps was cut off and, for almost two weeks, had to engage in heavy fighting surrounded by the enemy.

The tank crews made their way through enemy lines to rejoin Soviet troops in scattered small groups, blowing up their tanks that were left without fuel. Pavlov himself was wounded and was soon taken prisoner. He remained in German captivity almost until the very end of the war.

Hitler was shocked by the whole incident and described its successful outcome as "an incredible success". Nevertheless, he flew to the occupied Soviet territory several more times, until the rapid advance of the Red Army to the west made such visits no longer possible.

Please enable JavaScript to view the comments powered by Disqus.